If you’re triggered by the title of this post, job done. But, before you decide to pull out your keyboard power-ranger dino charger & suit-up, grab a cold one or a cup of coffee (depending on where you are in your day) & let’s see how many of the 5 things in today’s musings you actually disagree with.

When I go to a craft beer bar to spend my hard earned money, I just want something comfortable to sit on & a table where the four legs are of equal height. Is it just too much to ask? I get it. It looks trendy & hip. But it is rarely ever actually comfortable.

#2 Too many fried food options

Fried food. Some would argue this is the natural accompaniment to beer. I’d argue it’s lazy, uninspired, & rarely does it ever do anything to really highlight or elevate the beers. We keep arguing in the craft beer community that beer is every bit as good for pairing with wines, yet so many craft beer bars don’t step this game up. Perhaps because if they actually believed in the movement instead of being bandwagon jumpers, they’d actually be found out or god forbid, talk with their craft beer suppliers who should be able to help advise them.

So let me get this straight craft beer bar owners. You won’t stock macro produced beers from the fizzy piss variety, & make sure that people know that ‘Good people drink good beer‘ but you will serve Coca-Cola Company and or PepsiCo products in your bars? Good work. Way to be a twat about it. Let me clue you in a little here. Go to a Stone Brewing bar & ask for one of those. Oh that’s right – they don’t & refuse to stock it. Instead, they have their own in-house made versions of orange soda, root beer or lemon/lime soda. Why you ask?

NO, I’m not getting old. Even as a fan of loud rock music, I’ve never really enjoyed being in a bar with my friends & having to learn the art of lip-reading to enjoy the evening, or continually yelling ‘WHAT?’ like I’m Stone Cold Steve Austin. And it’s something that has crept in more in Irish craft beer bars. And honestly, it’s fucking annoying. I’m there to hang out with my friends, & have the banter over some great beer, not attend a concert for whatever hipster neckbeard music the people behind the bar think is cool.

#5 Beer boards that don’t get updated.

You operate a beer board for a reason. So bloody well use it. Leaving beers up there that are no longer available is just a giant proverbial  cock-tease that results in a horrid let-down. Nothing worse than seeing something that instantly grabs your attention & then finding out, it’s not been available for a day or so because some lazy sod behind the bar can’t be bothered to update the board. 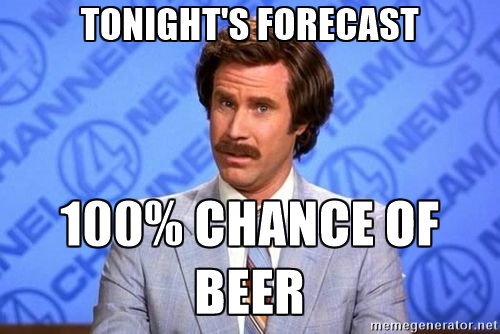