Since its inception, I’ve attended AllTech Craft Brews & Food festival as a blogger bar one year. It has continued to grow from strength to strength, alongside the Dublin Craft Beer cup. It’s an event that recently deceased Alltech founder, Pearse Lyons was incredibly proud of. And rightly so. This year was bigger, louder & even more energetic than previous years. But this year, I wouldn’t be wandering around the Dublin Convention Center as a blogger. This time, I’d be the otherwise of a bar at the event in my role as Irish brand ambassador for Scottish brewery, BrewDog. This blog post is my journey through the looking-glass at this event.

In late January I got what to me was (and still is) the best news in my professional career. I was finally able to leave the I.T. industry after almost twenty years of hard work, dedication, smiles & tears to join the craft beer revolution professionally. I cried tears of joy being told that I’d been welcomed aboard the BrewDog ship on its mission to make people as passionate about craft beer as they are.

MASSIVE DISCLAIMER: I work for BrewDog PLC, this blog is my own thoughts/opinions which were unsolicited by them, & they do not speak for BrewDog, or its partners or represent any stances/views or otherwise by them. This blog post is all me, on my todd.

I’m never nervous about talking to anyone about craft beer. Some would say I’m incredibly forthright in my views on the topic, & my previous podcast, 11PM Somewhere never shied away from tough topics or harsh criticisms. Craft beer for me has always been ultimately about experience, choice & shortening the gap between a product, its creators & those who love the product. As someone who loves artistic expression, cooking & baking – craft beer has sat central to all of that. 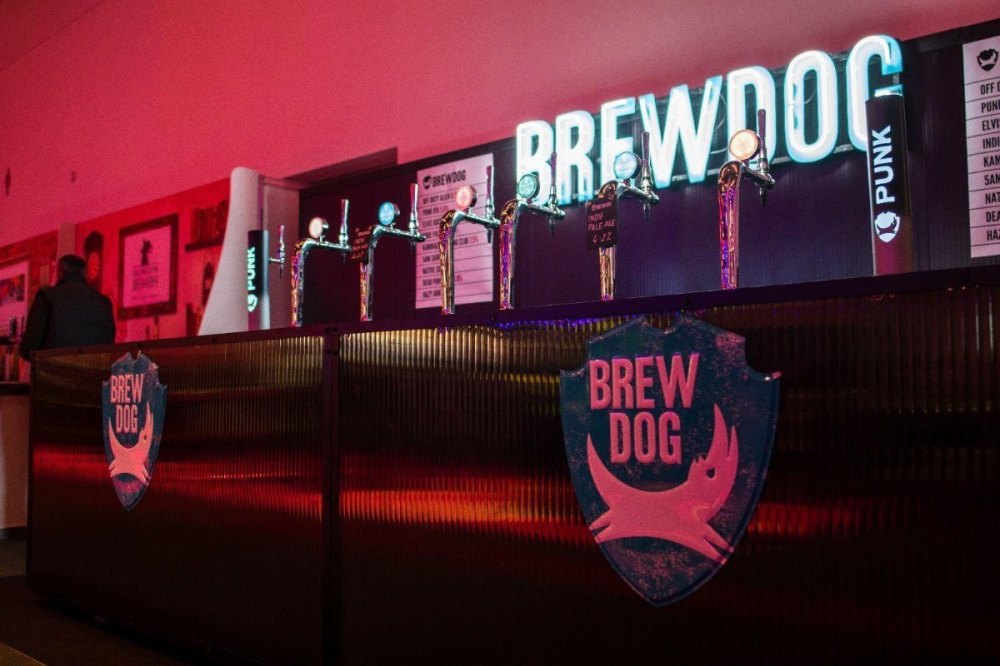 And yet on Thursday morning as I woke up early to head to Dublin to help with set-up of our bar with our distributors here in Ireland, I had butterflies & a big ball of nerves. If there’s one thing I’ve learned through dealing with my anxiety & depression, it’s that butterflies are good. They keep you honest, & make sure you always give your best because you care. I wanted this event, my first public one with BrewDog to be the best it could be, & to represent a brand I’ve loved for many years.

Arriving at the convention center & seeing our bar still going up, & most of the hall looking like a construction site with people’s bars, it’s a scene as a blogger you never get to see. You are also witness to something that as a blogger you never truly give appreciation to; the incredible number of people from each brewery & the organisers in turning what is essentially a big empty room into a great festival experience. 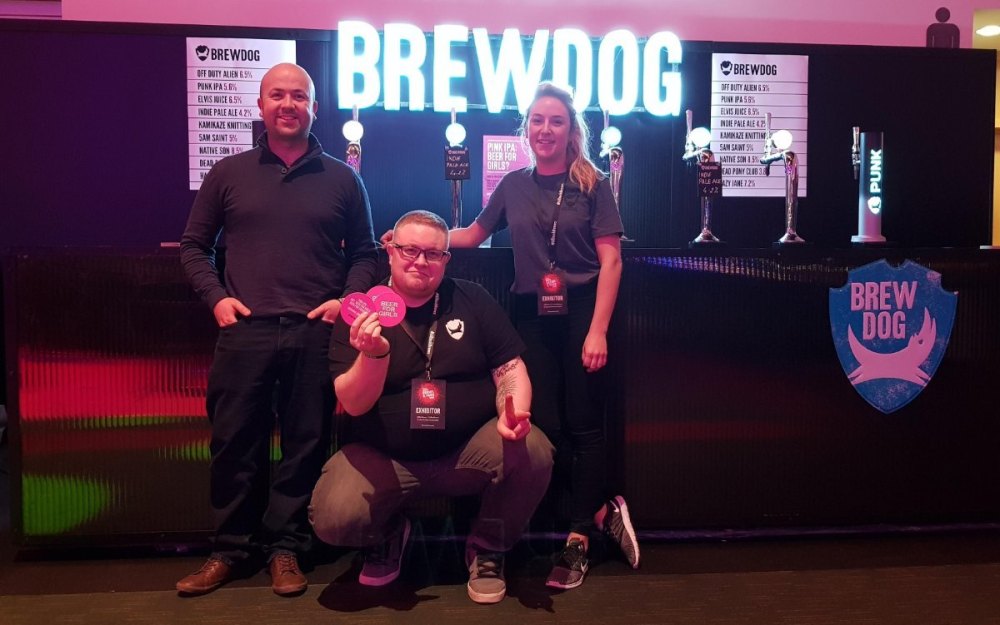 It is mind-blowing seeing just how many people it takes. And in seeing it, seeing people’s hustle & the execution of many plans, you gain a whole new appreciation for such events, & a stark reminder that once we’ve all gone home as bloggers or attendees, an equally large team arrives the day after to dismantle everything, & return the hall to a blank canvas for the next event’s use.

Our bar this year at the event was intended as a statement of our intent to do more in the Irish market, which has an incredible amount of Equity Punks (our fans-turned-small-investors in our brewery). And we were intent on using it as a platform to kick-off a series of events to show some love to the Irish BrewDog fans.

As members of my team for the weekend joined me in the Convention Centre, my nerves started to settle. Most of us bloggers like to think we know a lot about beer (and most do), but we’re all almost complete novices when it comes to the actual business of craft beer. Twenty years of being involved in the commercial aspect of I.T. only carries me so far, but in a business that is always facing forward, none of that experience actually means a damn thing in reality. And that in a way excites me greatly. 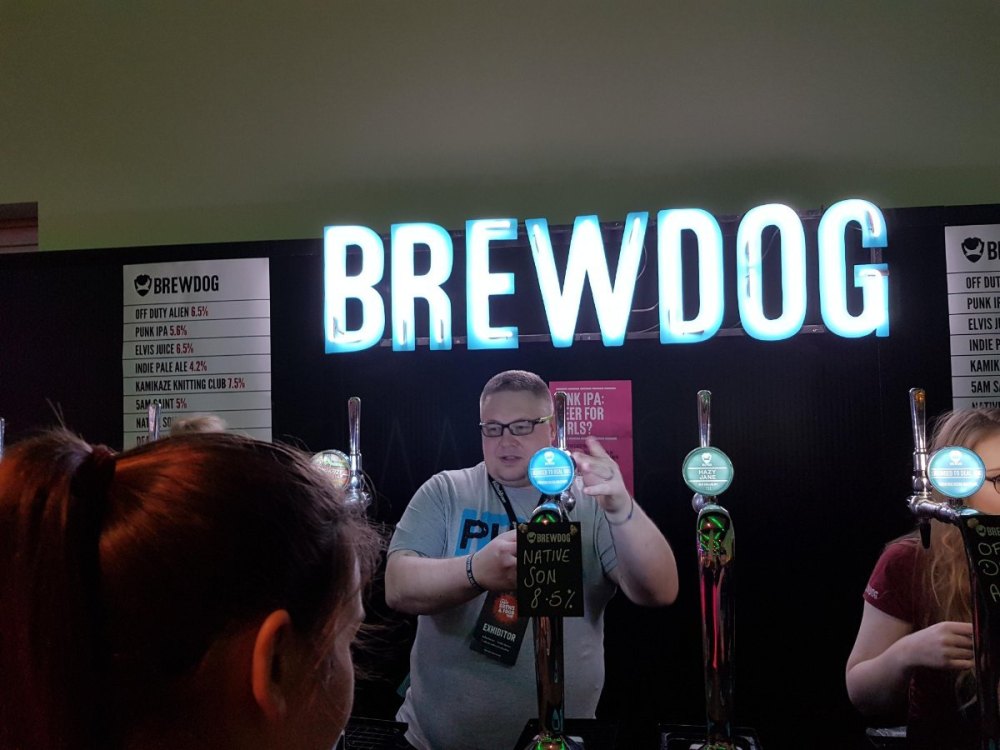 The team for the weekend was incredibly energetic, & helped me navigate the other side of the bar for our brand. One thing I have learned over the years from my relationships with breweries is that whatever about the person brewing the beer, how it ends up in our hands is the result of alot of hard work by many hands. And it is those hands beside me, who helped my transition for this weekend as easy as it was.

And then there’s the event attendees. As a blogger, we focus so much on things like the breweries attending, who won what medals, the beers, the food at it, the glasses that we very often fail to stop, take a few minutes & observe the reactions of others to beers as they either discover them, or see typically non-beer drinkers reactions to the beverages we love & hold in such esteem. When’s the last time you seen ANY beer blogger note these things? You haven’t. And I’m as guilty as everyone else.

We as bloggers honestly are so far up our own arses of self-importance, our opinions, tastes & taste preferences, as well as ‘pseudo-brand-affinity’ that we forget that events like this honestly are not for us. They’re for in the large part for macro-beer drinkers, retailers & trade to take that step across the threshold to craft beer. Afficianados are in the minority, & nothing is more stark to this reality than spending time behind a bar at the event. 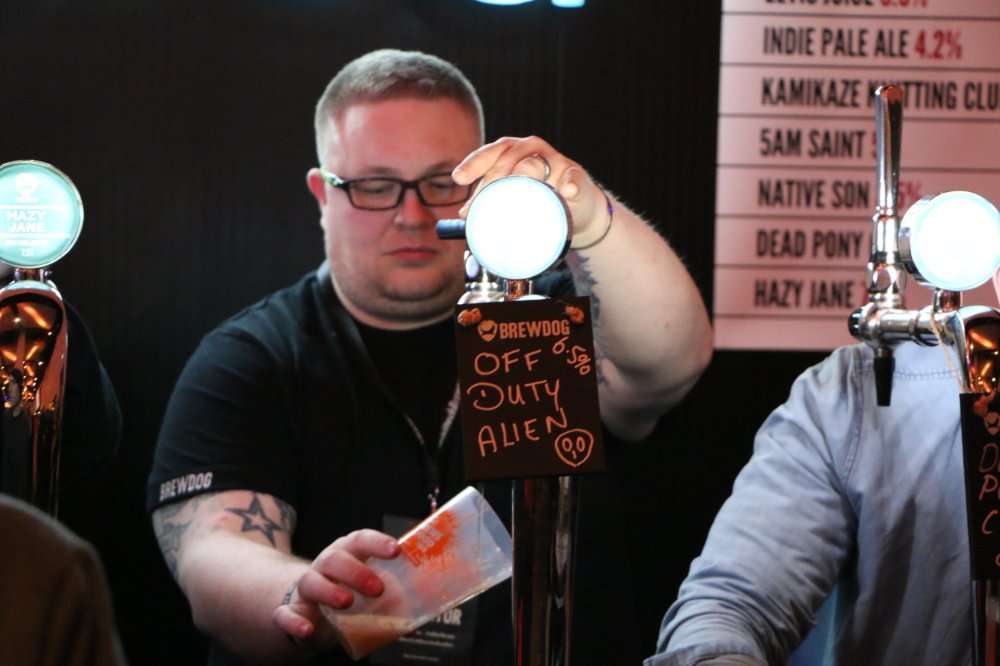 I spent over 90% of my time over the three days behind the bar. I got to try less than a handful of beers by others. Our bar was between Blacks of Kinsale & Ballykilcavan, two breweries whose beers at this event I really wanted to try. And, I didn’t. Not because I couldn’t or didn’t want to, but because I was enjoying the hell out engaging with people who were fans of our beers, our Equity Punk investors & those who were new to or curious about our beers.

The energy from people’s excitement trying the beers, & the resulting conversations was something that again, as a blogger we miss as our conversations with brewers are to satisfy our own personal curiosities & excitements at the expense of missing out on seeing that in others. And engaging with that energy at the end of each day left me utterly drained yet incredibly excited for the next day. 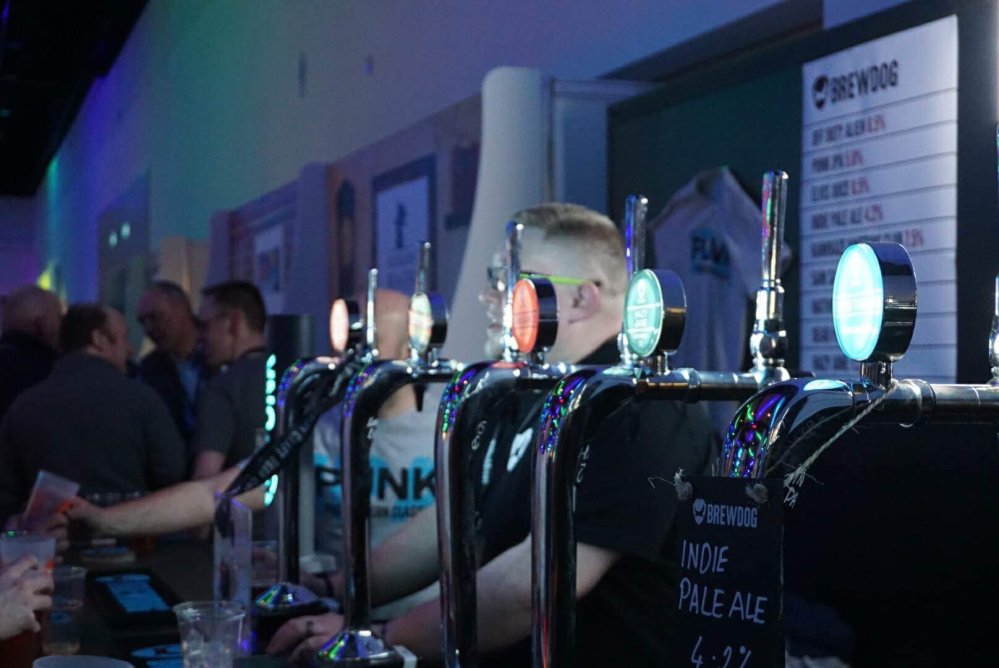 And each day was more energetically expansive than the one previous. And the amount of beer we poured was borderline insanity. What was poured over the entire weekend last year was apparently a drop compared to even the opening day of the event.

For this event, I really wanted us to engage our Equity Punks in Ireland to let them know we hadn’t forgotten them. We made it our mission to meet, greet & thank each one of them who showed up personally, & gift them a little something as tokens of our gratitude. And we also got to do our bit towards the million pints free initiative with us accepting tokens from Irish fans. THAT part was exceptionally cool.

Without turning this blog into a glorified BrewDog promo (which it isn’t, nor was I asked to by the teams in Ellon), being inside this business honestly amps your energy & passion levels up another notch through the team camaraderie & that of the beer fans & Equity Punks. Again, this is another facet of the other side of the looking-glass I could not have even fathomed.

I would recommend that bloggers at least once see if a brewery they’re friendly with spend a day behind a stand with the brewery’s team, engaging with fans of the beers they’re pouring, or engaging with those curious about beers. It’s a valuable lesson in what truly makes craft beer great & to understand what will actually drive it forward to keep growing.

From the bottom of my heart, I honestly want to thank every single person from other breweries to bloggers who wished me well & congratulated me on my new role over the weekend, irrespective of their dislike of BrewDog. It meant so much to me personally after having left I.T. behind finally to start a whole new adventure for the rest of my life as I push close to forty.

Please note, not all photos here were taken by me. Thank you to Niall Phelan, AllTech Brews, Simon Broderick (Simon Says You should really drink this) & Wayne Dunne (IrishBeerSnob) for the photos they took.